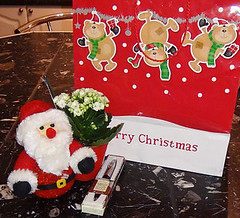 So this is it already! The countdown to Christmas. Starting as always with Children in Need day. I'm sure it didn't escape anyone's notice that everyone has been in pyjamas all week and despite what some people thought it wasn't because we comfy and warm in them, although that was a bonus! It was because children come on different days and some would have missed out if we hadn't done it all week. Well that's our excuse and we are sticking to it! I would like to take this opportunity to thank all those that took part, made cakes and bought cakes all for a very good cause and I will let you know how much we raised in our next blog.

So what have we been up to this week. The babies have been learning to experiment with various sounds and textures as they play while exploring with the cars in the sand. They enjoyed the feel of the sand and the crunch as the wheels went through it leaving interesting tyre tracks which one of the other children were quick to notice and repeated the pattern themselves.

They made a life size drawing of themselves and a keyperson drew in the face and asked them where the eyes etc were and they found it harder to show on the drawing than they did on themselves so next time the staff are going to use the dolls to help to reinforce this activity.

The children are learning about books and are starting to point at familiar objects in them and make the noise of the object for example when one of the babies saw a fish they pointed to it and made a fish noise.

They also made a beautiful poppy collage with sponges and apple prints which have been on display outside baby room. The children were encouraged to pick up their objects between their thumb and forefinger and make marks to create their masterpieces, they really enjoyed doing this and went back to this activity several times.

Jungle room continued with the poppy theme and children in need and made a lovely red coloured gloop for the children to get stuck in to or should I say stuck to! They had enormous fun stirring in the powder paint to change the colour and watch it drip from their fingers .

We also had some boxes that were donated and the children made them into baby cots , houses and the favourite was a boat which they were happy to sit in during story time and while listening to stick man which has been a huge success and is helping them to learn about emotions and some parents have bought the book for children to enjoy at home and some children came in wearing stick man pyjamas for children in need which looked amazing. They are continuing to make a stick man display on the wall which looks brilliant and well worth a look.

They have started practising their Christmas songs for the nativity and will be bringing words home to practice at home with you so don't be surprised if they start to sing songs all around the house at all hours !

Another brilliant activity for children is floor drawing. They love to lay on the floor and roll around exploring their own space so we put a large roll of paper on the floor and crayons in their hand and they were happy to explore their gross motor skills by making giant marks on the paper.

The role play area has been turned into a post office this week for the children to be able to give meaning to their mark making and extend their knowledge of the world by sending letters and cards to each other and post them in the post box. I'm sure you know yourself how excited they are to receive their own letters especially from their friends. They will also be able to write their letter to the Father Christmas himself with support from the staff and we are hoping to get a reply and even a visit!

They made patterns with drawings of fairy lights and found the missing numbers on them and have made a Christmas bag to put all their Christmas bits and pieces in and decorated it. One of the first things to go in it will be their Christmas stockings made with a colour of their choosing and they will be encouraged to write their own name on it.

In true Christmas style the room is starting to sparkle and the messy play is no exception with beautiful sparkles lighting up the shaving foam and the nursery is alive with the children singing as they practice their nativity which we all very excited about as I'm sure you are too.

Thank you again for all your help with children in need and we are all looking forward to Christmas jumper day on 15th December. More information on that coming soon. 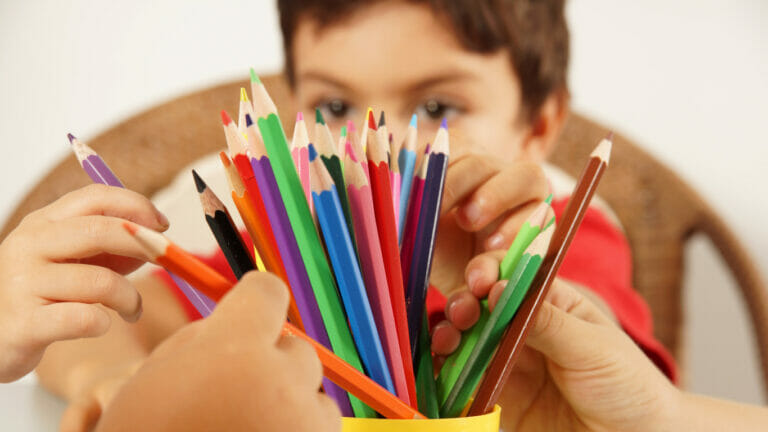