From Pirates to Jungle we Traveled…. 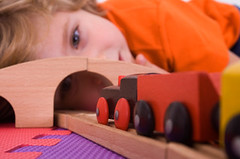 We had a transport week in pre-school. We had so much making paper clip, airplanes.

We made cars out of paper plates where we did lots of cutting and sticking. We also talked about different shapes and what shape is best for a car to be able to move along a road. We were counting wheels and doors and how many passengers cars can take and we found that some children have cars at home that take 5 people but some children have cars that can take as many as 7 people.

We had a very cool race where tin foil boats were racing on the water and children had to move them along by flowing through straws.

We also used sticky tape that children were sticking on the floor and made train trucks. Doing this, we encouraged their imaginary play, we developed their math skills by using measuring tape and compared different lengths, learned about a strait line and that it never ends. They also remembered how to use tools safely. And while doing it, we all worked as a team and of course we were talking about different trains and what they are used for.

We san songs and played musical instruments and the favorite song was wheels on the bus. They were independently re-calling the lyrics of the song when prompted inside the song.

We all let of some steam while pretending to be race cars in the garden and we had so much fun running around.

This week, children are turning in to Pirates â€“ Arrrgh! 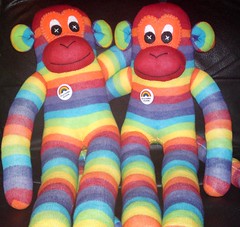 As we had a Jungle week, children enjoyed Monkey Puzzle book very much. They loved the story so much they were requesting in again and again. I have a feeling that they might read the story for few more weeks to come.

We also made Jungle trees and learned how to use tools safely. Tools we used included scissors, staplers and tape dispensers. Through playing Jungle Bingo, the older children had many opportunities to learn turn taking and how to wait for their turn. Mostly they learned how to recognize and remember where the matching pictures have been placed. Good memory training there.

We were also working on our fine motor skills by threading past tubes onto straws that were stuck in play dough. This game will help us to develop our skills so much needed for pen control later on. Children also received a gift of a new Dolls House that they enjoyed very much and hey made lots of â€œmake believeâ€ play using it.

In our Art and Craft Area, they were working on our wonderful Jungle Collage and while we were making it, we had a good chat about patterns and shapes and colours and all the cool stuff and animals that live in a Jungle forest. 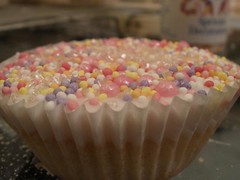 Babies played with coloured rise, learning how to poor and fill their cups. They made cakes and really enjoyed decorating them and we think they enjoyed eating them too after they took them home.

Babies also took part in making their own fruit smoothies, they selected their own favorite fruits that we used as their own recipe. Some where a great success but some were not so favorite. Some babies pulled some funny faces others drunk all the smoothies. Check out babies days for their pictures. Babies also enjoyed their very own obstacle course in the garden and we loved watching them to move confidently in their own environment.

We introduced our new babies to our song box where they select the prop to initiate what song they want to sing. Each prop represents a song.

We looked at some lovely baby books too. Babies are now very comfortable with self serving, we bought them some bigger serving spoons and serving dishes which they like very much.